Skip to content
Home
Auto Repair
How Do You Know If Your Transmission Is Going Out – Signs – What to do?

Do you worry that your automatic transmission may be failing and want to know more about how to detect transmission trouble? If this is the case, you can rest assured that we will discuss all the information you require to understand the problem and find a solution.

It’s important to practice reading symptoms, and this is a great opportunity to do so. It is possible to learn if something is wrong with your car by reading the symptoms. You can prevent having your transmission fail in the middle of the roadway and similar catastrophes by not doing this.

Signs that your transmission is going out include difficulty shifting gears, grinding noises, leaking fluids, and slipping gears, and it is important to have a mechanic diagnose and repair the issue as soon as possible to avoid further damage to the vehicle.

At first, The signs of a failing transmission will be covered. Then we will find out what alternatives are available. Furthermore, we will investigate how much money is involved in carrying out this work. If you’re interested in finding out more, read on!

There will be all sorts of strange aromas on the road, but if they appear to be coming from the car, you should definitely pay attention. A burning odor is an indication that something is malfunctioning.

Trapped plastic, leaking antifreeze, and a melting heater core are also potential sources of a burning odor. A burning odor, no matter what its source, requires immediate medical attention.

Whether it’s a flat tire or a broken starter, cinematic car breakdowns always come with a clunking noise. The movies were accurate in this regard. Weird noises could indicate transmission problems.

Troubles with the automatic gearbox might be identified by noises like clunking, buzzing, or whining. Also, a faulty manual transmission will make a lot of strange, loud machine noises.

When shifting gears, a clunking sound is an indicator of a transmission problem. See if a mechanic can check things out for you.

Disturbing Sounds While in Neutral

Weird noises coming from your vehicle when in neutral are a sure sign that something may be wrong with your transmission. If you’re lucky, the sounds mean it’s time to get your transmission flushed and filled with new fluid.

A professional auto technician may need to replace a part or perform further maintenance on your vehicle.

The Warning Light on the Car

Many motorists have grown accustomed to ignoring the check engine light, but there are instances when it must be addressed. A flashing or solid red light indicates an immediate issue that needs your attention.

Your car’s warning system can be triggered by sensors all throughout the place. To start it off, all it takes is a moment of carelessness, like a gas cap that has come off.

If the transmission sensors trigger the “check engine” light, it’s time to get worried. Tiny movements that might otherwise go unnoticed are picked up by the sensors. Don’t stress out if you don’t see them right away; a simple diagnostic scan can rule out any potential problems.

When the transmission is in good working order, the gear changes smoothly. When an automobile hesitates or doesn’t respond at all, the problem is usually with the transmission.

The manual transmission’s RPM spike and mismatched engine noise are symptoms of a delayed shift. There’s a chance the problem is mere with the clutch, but you’ll need to have it checked out to be sure.

Your car has six primary fluids. They provide many functions, including lubrication, cooling, and aid in controlling the vehicle’s steering, braking, and windscreen wipers.

Don’t expect your engine to keep going if you neglect to fix any leaking or worn-out fluids and replace them promptly.

A reddish-brown liquid with a distinctively pleasant odor indicates a gasoline leak in an automatic transmission. If it’s past its prime, it may change color and take on a toasted aroma.

If you see any fluids that don’t belong in your driveway, you can check for a leak yourself. A quick drive to warm up the engine is all that’s needed before checking the transmission’s fluid level. The right fluid level is indicated by an indentation in the stick.

Having low transmission fluid indicates a leak. It’s not like motor oil, which evaporates over time. You can fill it up temporarily, but eventually, you’ll have to reseal the transmission.

Dragging the clutch is an indication of difficulty in manual transmissions but not in automatic ones.

If the clutch pedal isn’t depressed fully, the clutch disc won’t be able to disengage and will continue to spin. There is no way to shift gears because the clutch is unable to connect the engine to the transmission.

Along with the clutch drag, you’ll hear a grinding noise.

Something is wrong if your car trembles as you change gears. To the average observer, normal transmission shifts will be seamless. You need to tone down the bounciness as you travel down the road.

It’s easy to brush off the issue at first, but it’ll only get worse as time goes on. You could become accustomed to the increasing jerkiness until your transmission finally gives out on you.

The clutch may need to be changed or replaced if your car is manual.

Perhaps your car simply won’t engage the gear you want it to. Each of us deserves a rest every once in a while. Most of the time, there is a problem with the fluid levels.

When all fluids have been checked and found to be at the proper levels, the fault is likely to lie in the shift cables or clutch linkage. It’s also possible that the computer in your car is at blame.

At least that can be quickly resolved. After being unplugged for thirty minutes, your computer should restart automatically. The norm in the IT world.

Normally, a vehicle will take cues from the outside world while deciding whether to shift gears. The driver of a vehicle with a manual transmission must manually select each gear. If your car has an automatic transmission, you can either put it in reverse, neutral or drive.

It’s unsafe and bad for the engine if your automobile shifts gears without your involvement. Slipping gears can be caused by a lack of transmission fluid or damaged transmission bands.

How About a Substitute? – So, How Do You Verify That Your Transmission Is Actually Going Out?

We discovered the warning signs of a failing transmission. Let’s take a look at how much it’ll cost to get a new transmission installed. Many car owners wonder about this, and the answer is complex, varying widely depending on the model of vehicle in issue. There are cheaper and more expensive options available.

A new transmission will set you back around $2,990. Even yet, some transmissions are more affordable than others, and some are much more. You can’t drive a luxury vehicle and hope to replace the transmission for less than $2,990.

For this reason, it’s not always a bad idea to go with a pre-owned option. In rare cases, you can locate a good used transmission for under $1,900. However, you shouldn’t expect any guarantees from this. It’s possible that you’ll get a really nice one. But a poor one is also a possibility.

Therefore, a transmission from a salvaged vehicle with little mileage or one that has been rebuilt is your best bet. Additionally, the original can be reconstructed. And that’s the topic we’ll be discussing next. Given that we now know how to tell if the transmission is failing.

Are We On The Right Track With Reconstructing? – So, How Do You Verify That Your Transmission Is Actually Going Out?

However, you must first determine whether or not your transmission can be rebuilt. Since the cost of repairs could exceed the value of the transmission, it may be best to replace it instead of attempting to repair it.

Send your transmission to a reliable repair shop where they specialize in such work, and have them rebuild it for you. In most cases, they will be able to give you an estimate of the price. Otherwise, they’ll tell you to replace it with a new one. Indeed, it’s as easy as that.

Rebuilding also has associated costs, which can range from $1,400 to $2,990. To what extent does the transmission has to be maintained and how many parts need to be replaced is a factor. That’s pretty much it for the overall question of warning signs of a failing transmission.

You should have your car looked out for if it is exhibiting any of these transmission symptoms. Your gut instincts are usually correct. Avoiding noticing strange odors, sounds, or changes in temperament may save you time and effort in the short term, but may cost you in the long run. 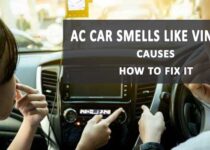