Here are the Transmission Shudder Symptoms

Transmission shudder is often referred to as torque converter shudder. This is the point at which a transmission begins to wobble and vibrate visibly. These vibrations can be felt in the cabin and might be uncomfortable. As a driver, you’re probably thinking that something is really wrong within the transmission. In fact, however, this is not the case.

The transmission shudder only happens when you change into overdrive (or a higher gear). Or when you approach and drive up an incline while keeping your vehicle in overdrive.

It is critical not to panic if this occurs to you. This scenario has some plausible explanations. Many people were able to repair their automobiles by following the basic techniques outlined later in this article.

One of the most common causes of transmission shudder is driving with tainted transmission oil. This is the main cause of this uncomfortable problem.

This occurs when the transmission fluid becomes contaminated. For instance, a fluid that has not been changed since the vehicle was acquired. Over time, the fluid becomes clogged with metal shaving bits, causing problems.

Another reason your transmission may shake is that it is low on transmission fluid, often known as ATF. You should never do this since the transmission requires a sufficient amount of fluid every time it engages.

Metal shavings may form due to a lack of fluid. The transmission’s internal parts will thus prematurely wear and produce faults. The transmission will then fail to shift properly and may fail on you. And this might happen when you most need your automobile.

The key to preventing these problems is to change your transmission fluid.

More: What Causes a Transmission Control Module to Fail

Overheating gearbox is another sign of a torque converter problem. If your gearbox often overheats and behaves strangely when changing ratios. This is a major problem, and you will almost certainly need to replace the torque converter. If you want your transmission to correctly shift gears again.

How to Fix It?

There are a few solutions to this problem, which we will list. Some of them are simple to execute and do not necessitate mechanical understanding. Some, however, are more difficult and need mechanical expertise and equipment to be correctly executed.

The simplest solution is to simply cleanse your old transmission fluid and replace it with fresh factory-recommended fluid. After you’ve flushed it. The tainted fluid will be evacuated, and your transmission should be operational again soon.

Here Is How To Do It?

Another cause of this problem might be a lack of transmission fluid. If this is the case, simply refill it to the appropriate level. If it continues to leak fluid, the gearbox pan is leaking.

You will resolve this by cleansing the transmission fluid and then inspecting the oil pan for leaks. If it leaks, it will most likely leak around the gasket seal since there is nowhere else for it to go. This indicates that your gearbox oil pan gasket has failed and you must replace it.

The gasket is simple to replace; simply unbolt the screws and remove the pan. You may detect some metal shavings in the pan. These shavings are almost certainly causing your transmission to tremble. After cleaning them with a paper towel, scrape the old gasket out of the pan. This is critical because if the old gasket is not scraped, the new gasket will not adhere.

If you don’t want to get your hands filthy, you may always take your automobile to a mechanic. They will take care of the problem and cleanse these fluids. The disadvantage is that you will have to pay. And if you have the necessary tools at home as well as the motivation to complete this task. It could be preferable to do it yourself because it isn’t a huge deal.

Just keep in mind that adequate jacks are required to support the vehicle. You don’t want the vehicle to crash into you. So, perhaps the best option is to take the automobile to a shop that has the necessary tools and equipment to complete the work correctly.

If the torque converter is the source of these problems, it’s preferable to replace it with a new one. Torque converters are reasonably priced, ranging from $400 to $700. If you do this task yourself. It will cost you roughly $4200, but if you hire someone to do it for you, it would most likely cost you between $600 and $1200.

This project is labor-intensive and requires a large number of man-hours, hence it may come at a high cost. The transmission must be removed. Then remove the old converter and reassemble everything. It’s a large task. However, once completed, you will remain carefree for thousands of miles. 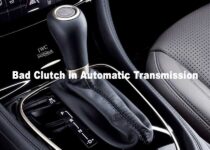