When the mercury begins to rise outside, it’s common for car engines to get overly toasty too. Thankfully, there are plenty of things you can do to make sure a temporary jump in temperature doesn’t lead to long-lasting trouble. To help you know what to do if your car overheats, here are 5 easy steps. 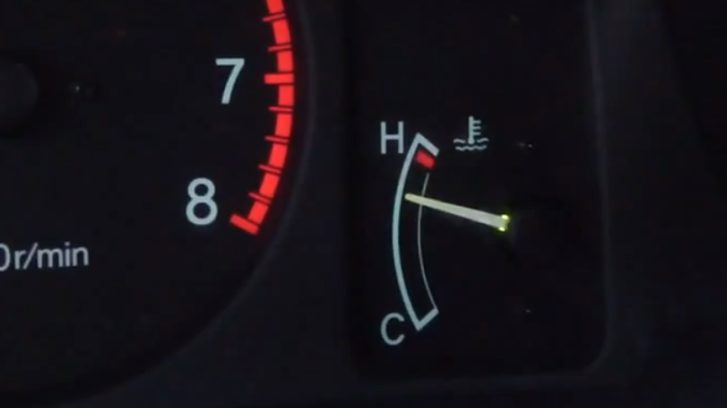 Before elaborating causes of overheating, first need to cool down your car to minimize car damage as much as possible and steps of how to fix engine overheating.

Other scenario when you stuck in a traffic Jam

The best way to prevent overheat is to periodically monitor your vehicle’s cooling system. Be vigilant for any leaks, and replace hoses preventatively as they age. The coolant should be flushed and replaced every few years or 30,000 miles

What are common causes of overheating? 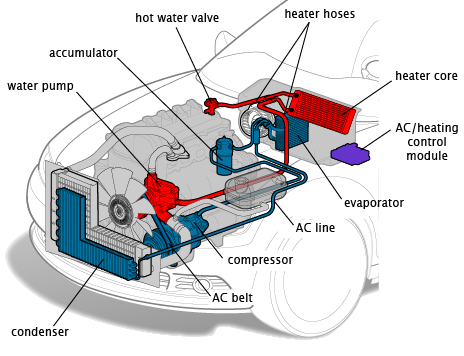 Vehicle that’s low on oil tends to overheat because the oil removes from 75 to 80 percent of the “waste heat” in your engine (in addition to doing its other job of cushioning the moving engine parts).

A broken thermostat can stay closed, blocking much-needed coolant from coursing around the engine. This means that the thermostat is not doing its job of keeping the engine within its average operating temperature, potentially leading to overheating if unnoticed.

The radiator fan sits behind or in-front of the radiator and is used to pull airflow through the heat exchanger to aid cooling, stopping fan belt cause the engine not to sustain standard temperature resulting overheating.

Coolant needs to be flowing at a specific rate throughout the cooling channels within the engine block and then through the radiator via hosing. If the impeller within the water pump seizes or breaks, this flow rate will slow down or stop, decreasing the interaction between the coolant and the hot areas within the engine.

Clogging can lead to your radiator failing and any disruption in the radiator’s function can lead to overheating since it can’t pull the heat away from the rest of the cooling system.

Electrolysis within the radiator can lead to nasty sediment building an insulating layer around the coolant hosing leading to a lack of coolant flow and heat transfer. The hoses can also begin to crack due to the amount of heat cycles they have undergone, contracting and expanding until the material properties of the tubes begin to change.

If the levels of water and antifreeze appear normal, there may be a more serious malfunction with your engine. In this case, it’s best to bring your car to an auto mechanic as soon as possible. We can track down issues that can help prevent more expensive repairs down the road.

What damage is caused by overheating engine?

Detonation – also commonly referred to as engine knock – involves fuel that combusts prematurely and/or erratically inside of the cylinders. In a perfectly working engine, the fuel should not combust until the piston has reached the end of its compression stroke. At that point, the combustion will release the maximum amount of energy from the fuel.

Metal responds to heat by expanding. Manufacturers take this tendency into account when designing an engine. So long as temperatures remain within a safe range, enough clearance exists to prevent expansion from creating mechanical problems. An overheating engine, however, often results in unacceptable levels of expansion for metal parts.

Head gaskets often suffer serious forms of damage as the result of overheating – especially those made from aluminum. Aluminum absorbs heat and expands much more readily than steel and the other metals that make up an engine. As the head gasket expands in its tightly confined area, the stresses that occur often cause the gasket to wrap and break.

What happens if you drive with an overheated engine?

If your engine doesn’t cool off, it is crucial that you stop driving and get your vehicle towed to your mechanic for repairs. Continuing to drive with an overheated engine can have dire consequences. You risk a costly head gasket repair or even a seized motor.

Can your car explode if it overheats?

If your car is overheating, it can be very serious. You shouldn’t continue to drive if you see the temperature gauge has moved towards the “hot” side. Your car may not immediately explode or anything like that, but driving with an overheating engine can cause serious damage to your vehicle.