People who own hybrid or electric vehicles are frequently asking themselves about the replacement cost of their car batteries.

It is a fact that batteries are very expensive. There will surely come a time in the life of a hybrid vehicle when its batteries will require replacement.

Toyota Prius is a very popular car in Pakistan with many people opting for this hybrid vehicle which is classy, elegant and efficient.

The latest model of Toyota Prius is fitted with 5.2 kWh lithium-ion batteries. This model makes use of three batteries, two of which provide an electric drive. The third one engages when the power within the first two batteries is depleted so that the vehicle can run in a hybrid mode.

When the car starts, its draws power from the first battery. When its power depleted, the second battery is engaged. When it is also depleted, the vehicle automatically turns to the default hybrid mode. 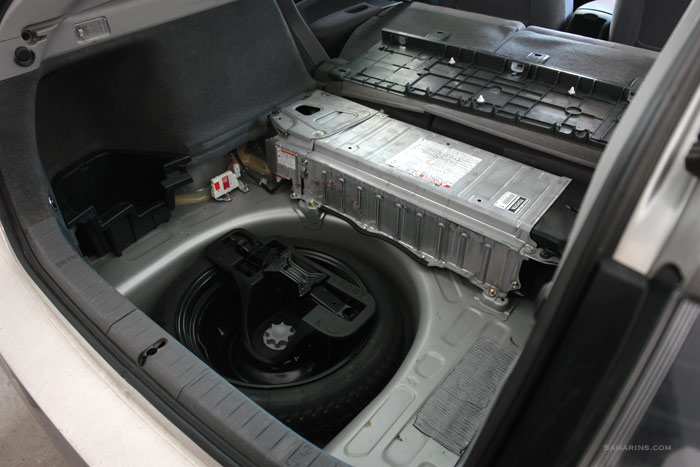 The lithium-ion battery pack of Toyota Prius can store 4.4 kWh. The company says that the range for all-electric drive lies between 10 to 15 miles under ordinary conditions.

Toyota Prius battery is specifically developed for the vehicle and easily fits under the rear floor. It weighs around 80 kilos or 180 pounds.

The state of charge of a fully charged unit would read 85 percent. The energy that can be used after charging loss is 2.73 kWh.

The battery can be charged with the help of a cable that connects to the inlet at the rear of the car towards the right side.

The most reassuring aspect for Toyota Prius owners in Pakistan is that replacement of battery packs in the vehicle is not a frequent phenomenon.

Toyota has made it known that the batteries are part and parcel of the vehicle and would require replacement after hundreds of thousands of miles and changing many ownerships. By that time, the car itself may have crossed its prime.

This claim is reinforced by consumer reports stating that 2003 Prius models were still running efficiently after more than two hundred thousand miles.

Toyota has lots of confidence in its own battery packs. The company offers a warranty of 8 years / 100,000 miles. The warranty covers battery failure as well as any notable drop in performance.

Below, the reader may find a list of prices for the various hybrid Toyota models available since 2001.

These are all Toyota Prius Hybrid Car Batteries Types Specs Prices In Pakistan so far.