The internal combustion engine in your automobile contains a number of moving parts and components, which generates friction when some of these parts rub against one other. In this post, we’ll look at some typical Symptoms of Engine Damage from Overheating, as well as how long a car may overheat before breaking down.

Let’s start there. Can an automobile overheat for an extended period of time before it causes damage?

When your automobile begins to overheat, you will have anything from 1 minute to 5 minutes before the engine fully fails. Some issues may have already begun in the first 30 to 60 seconds. This might utterly destroy the car’s engine!

Here is a List of Symptoms of Engine Damage from Overheating

When the needle on the gauge approaches or enters the red zone, this is also a dangerous indicator. This indicates that the engine is overheating. The temperature gauge or coolant temperature sensor may not function properly.

Unfortunately, you cannot always rely on this light to warn you when your engine is overheating. It determines how hot the coolant is in order to function. There would be no method of measuring a massive coolant loss.

The simplest technique to identify if your car’s engine is too hot or too cold is to use steam. When the coolant in the coolant reservoir becomes heated, a large amount of steam is produced.

It is possible that the coolant is not moving correctly, or that the radiator cap has cracked or is loose.

The coolant begins to boil and produce steam as the engine heats up. You can’t get very far at this speed.

Because steam is coming out of your hood, you should stop driving right away to avoid internal mechanical problems and figure out what’s causing these problems, so you can figure out what’s wrong. Getting your car towed may be the only way you can have it fixed.

The thermostat regulates the amount of coolant that flows to the radiator, ensuring that your engine operates smoothly. If this valve becomes clogged, the coolant remaining in the engine block will get heated.

When cold coolant meets hot coolant, a loud pounding sound will be heard from the engine compartment. Changing the thermostat generally solves the problem.

A scent emerges from the engine when it becomes hot enough to burn oil. Rubber seals, plastic valves, and adhesive parts that hold the engine together may also melt, creating odors you wouldn’t ordinarily detect.

The majority of individuals describe this fragrance as “hot.” Sweet-smelling but deadly gases might be flooding your automobile if your ethylene glycol-based coolant is leaking. This is not the only possibility: if there are any strange odors, they should not be disregarded.

If you see a little pool of coolant under your automobile, you have a coolant leak. This is why your engine overheats from time to time.

A shortage of coolant will cause the engine parts to get overheated. The parts will wear out and break down if they do not cool down promptly.

See What Happens When a Car Overheats and Shuts Down!

What Is the Best Oil Additive to Stop Engine Knocking

Why Is My Car Shaking And Check Engine Light On?

What To Do When Car Is Overheating 6 Steps To Follow

If you continue to drive a hot car, you should prepare to trade it in and get a new one since the one you’re now driving will be totaled shortly.

Overheating engines can cause a number of issues, including the following:

Engine block breaks are frequently caused by overheating. Cracks and significant oil leaks may develop as a result of the engine block’s tendency to expand and shrink when overheated.

The cost of repairing the engine block would be unreasonably high.

The warping of the cylinder is also prone to producing oil leaks, burst gaskets, and other problems. Furthermore, as oil may run into hot metals in the engine bay, this will result in more engine bay fires.

Regardless, if the cylinders were bent, the engine’s performance would suffer due to decreased pressure and output. Overheating can result in a multitude of problems, one of which is a deformed cylinder.

Because the head gasket lies between the engine block and the cylinder, there are several things that may go wrong if it fails.

This includes oil and coolant leaks, as well as white exhaust smoke. A blown gasket, like a blown engine block, would be costly and time-consuming to repair.

When the engine overheats, a substantial volume of hot gases is discharged via the exhaust pipe, which can cause significant damage to the manifold and catalytic converter if it continues for a long time.

Note: At a time of engine overheating with any of these above symptoms, immediately consult with an expert mechanic nearby to you 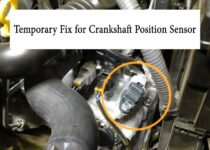