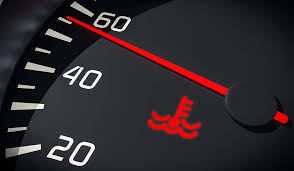 What Is A Coolant Flush?

Coolant is commonly also called antifreeze. It is comprised of a 50/50 mix of ethylene or propylene glycol and water. Coolant/antifreeze is added to a vehicle’s cooling system, which circulates the fluid throughout the engine and radiator to prevent overheating. If your vehicle’s cooling system is functioning properly, it will effectively reduce the heat produced by the engine and keep everything running smoothly. Without regular coolant service, the cooling system may not function as it should, causing the engine to become too hot and cause damage such as warped heads, blown head gaskets, or even engine failure.

Coolant needs to be flushed because the additives which they contain begin to break-down over time. Anti-freeze and anti-boiling additives won’t be as effective and this can result in the coolant boiling off.

It’s also important to flush your coolant to avoid any cross-contamination which can reduce the performance properties of your new coolant.

Engines contain a lot of different parts which if aren’t taken care of properly, will begin to rust. Coolant helps prevent rust while it is circulating the engine; this is one of the main reasons why you should change your coolant at its recommended intervals.

That being said, over time particles will be caught in the coolant and it won’t function as it should. By flushing the coolant regularly, you are preventing blockages from occurring and making sure that it performs at an optimal level.

What is the difference between a Coolant “Flush” and a Coolant “Drain and Fill?”

In a coolant flush, a chemical is first added to the cooling system that removes debris and buildup from the system. A machine is then used to remove the old fluid and add new fluid. The machine pushes the fluid through the system at the same speed it would travel were the engine actually running.

A coolant drain and fill, or standard coolant service, is just that. The fluid is drained from the vehicle using gravity instead of a machine and the new fluid is mixed and refilled by hand. Auto repair shops have been performing coolant service via drain and fill method for years. Because no extra chemicals or expensive flush machine are used in this method, the cost of a drain and fill service is usually less than a flush.

HOW OFTEN SHOULD YOU PERFORM A COOLANT FLUSH?

Some manufacturers recommend you drain and flush the engine’s cooling system and change the coolant more often on vehicles subjected to “severe service,” such as frequent towing, which can generate more heat. The schedule for many Chevrolets, though, is a change at 150,000 miles regardless of how the vehicle is driven.

Many service shops, though — including some at dealerships that sell cars with “lifetime” coolant — say you should do a coolant change more often than the maintenance schedule recommends, such as every 30,000 or 50,000 miles.

Here’s why: Most vehicles use long-life engine coolant (usually a 50/50 mixture of antifreeze and water) in the radiator that for several years will provide protection against boiling in hot weather and freezing in cold temperatures, with little or no maintenance. Modern vehicles also have longer intervals between fluid changes of all types partly because environmental regulators have pressured automakers to reduce the amount of old coolant, as well as other waste fluids, that must be disposed of or recycled.

In case you are planning To Flush and refill new Coolant then here are few popular Coolants.

Relevant: What Is the Best Oil Additive to Stop Engine Knocking

WHAT WILL HAPPEN IF YOU DON’T FLUSH YOUR RADIATOR?

Is a radiator flush necessary? What happens if you don’t do it? If a mechanic has suggested you flush your radiator because you are experiencing difficulties with your car, such as leaks, steam, rapid overheating or strange odors coming from the hood, then not flushing the radiator will mean you will continue to have these problems and your car’s performance will suffer as a result. If flushing the radiator will solve these problems, it’s much better to do it now than to ignore it and find yourself paying for a much more costly repair later.

If you are just wondering whether or not you can skip the recommended scheduled radiator flush, what you can expect to happen is that corrosion, sediment and other unwanted products will continue to build up in your coolant system. Eventually, this will likely lead to damage to gaskets or other components, meaning leaks, overheating and those other problems that are usually signs that your vehicle requires a radiator flush. It’s much better to do the radiator flush now than after it has started doing damage to your car’s engine.

Tags:car inspection, coolant types, electric cars in india, what and how to wax your cat at home