What is a CVT?

A CVT uses a steel belt or pulley system to move gears in a continuous (ahhh), smooth motion. It’s a concept that the Washington Post says makes a lot of sense:

“The idea behind CVTs is easy to understand: a heavy-duty drive belt (or chain) runs within a grooved pulley system with hydraulic actuators allowing the affective ratio to be infinitely varied within a range of ratios, seamlessly.”

It Fails At Low Mileage

Relevant: How Often Should You Change Transmission Fluid

Which year of Nissan rogue has more CVT problems? 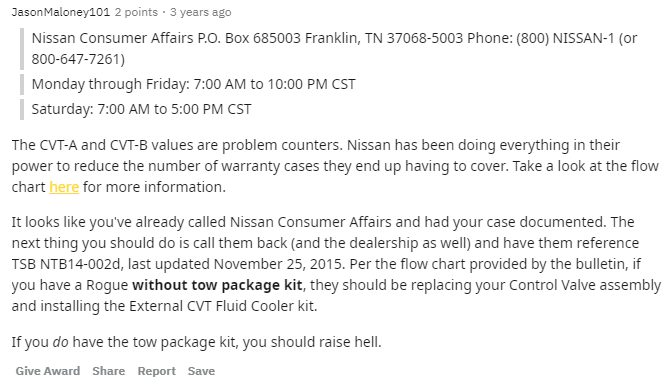