In the event that your vehicle’s engine begins to emit that particularly horrible sound, which signifies your vehicle is essentially dead, a solar panel trickle charger for your car battery may be able to prevent such irritating failure starts. These chargers work by ensuring that a car’s charge is evenly distributed. People who are curious about the benefits of battery chargers like these should keep an eye out.

Some fundamental limits exist, despite the fact that solar battery chargers accomplish their job. Because they lack the strength of typical automotive battery chargers, you shouldn’t expect to have a fully charged battery in a reasonable amount of time.

Because of this, it isn’t fair to compare battery chargers with solar panels that power homes or businesses. Solar car battery charger often use panels that are only capable of producing 1,500 mA at the most. While it is possible to connect numerous chargers, doing so without proper training can be harmful. However, you can buy the best solar car chargers from solar penal networks.

There is no need for an external power source while using solar trickle chargers because they are powered by the sun. In these devices, the sun’s rays are converted into DC electricity and promptly fed into a battery, keeping it fully charged and ready to go at any moment.

According to the quality of the charger and the amount of sunshine available, the amount of amperage it can produce can vary greatly. Between 500 and 1,500 mA is typical for them. Because of this, solar chargers are more efficient than trickle chargers in terms of power consumption.

One problem is that most solar chargers don’t have a voltage regulator that can change or stop the flow of power. Float-monitoring trickle chargers, on the other hand, can be set and forgotten.

When using a solar charger, it’s ideal to start out with higher amperage and then decrease it as the battery gets closer to being fully charged. If you have a high-quality charger that can accomplish this automatically, you can set a “course” pace to get started and a “fine” rate to finish it off.

Sunlight is essential for solar chargers of any kind. It’s impossible to get more than 500 mA on a cloudy day in northern latitude. There is a chance they can be useful in an emergency, but their unpredictability means you should avoid counting on them. 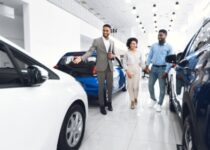