The United Nations emissions report predicts the earth will warm 7 degrees Fahrenheit by 2100 unless the world cuts 7.6 percent of its carbon output each year for the next 80 years.

America’s addiction to sports utility vehicles is killing the planet.

That’s one finding in the latest United Nations Environment Program report released on Wednesday, which detailed some of the causes and cures for a world that will heat up 7 degrees Fahrenheit by the end of the century if countries can’t stop mainlining fossil fuels.

The quickest way to get help? Stop making pollutant-spewing SUVs! 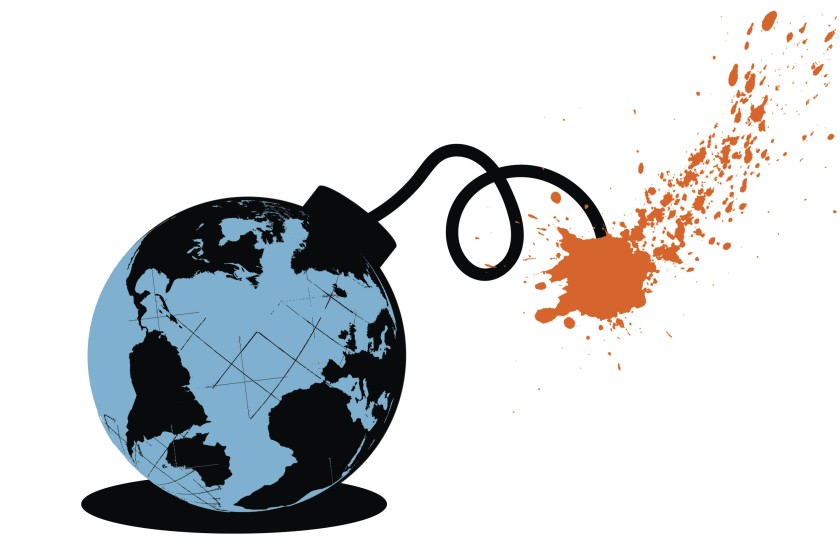 “Downsizing the average size of vehicles is [an] important opportunity,” the report said. “In recent years, there has been a trend towards larger, heavier vehicles, such as sports-utility vehicles and pick-up trucks, which require more materials and higher operational energy use. Reversing that trend would reduce emissions substantially.”

That could be an extraordinarily challenging task. Sales of SUVs and light trucks have risen sharply over the past decade, so now SUVs represent 69 percent of the automobile market share in the U.S., up from 49 percent in 2008.

Toxic emissions from passenger cars alone accounted for 14 percent of global greenhouse gas emissions in 2015, with the United States responsible for one quarter of that figure, the UN report said. Slimming the share of SUVs and light trucks in the country to 32 percent by 2050 would cut emissions from cars by 10 percent.

Other changes in driver behavior could have lasting beneficial effects on the environment. If a quarter of motorists shift to car sharing, like using Zipcar, it would slash emissions by 10 percent. And if the same number of motorists just took taxis instead, emissions would be lowered by 20 percent. Taxi companies like Uber and Lyft have long argued that their companies can reduce household vehicle ownership and vehicle size, allowing families to use cars only when absolutely necessary and not for every little errand.

“Car sharing, ride sharing and other measures to reduce individual automobility in favor of shared and collective transport can substantially reduce material use,” the report said. “Encouraging collective rather than individual vehicle ownership could therefore help reduce vehicle mass and with this both material-related and operational emissions.” (Lest we forget: SUVs are also a major cause of America’s 50-percent rise in pedestrian deaths since 2009, federal data show.)

The report had other findings that lean in on the transportation sector:

“Policies that discourage low-occupancy shared vehicles or penalize the increased congestion resulting from ride hailing, such as priority lanes for cars with three or more occupants or congestion pricing, can improve their environmental impact and material efficiency,” the report said.

Or Americans can keep buying and driving their SUVs while the world around them is engulfed in biblical-like plagues.

“There has never been a more important time to listen to the science,” UN Secretary-General António Guterres said in a statement. “Failure to heed these warnings and take drastic action to reverse emissions means we will continue to witness deadly and catastrophic heatwaves, storms and pollution.”