In UK the most popular cars in the class of Ultra-low emission vehicle, it includes, hybrid and plug in charge cars.  The battery of a plug-in hybrid vehicle or electric vehicle needs to be connected to a mains electricity supply to replenish the electric supply, whereas a non-plug-in hybrid is charged while the fuel is being used to motor the engine. All statistics taken from DVLA UK  a year of 2017 until September.

According to the data analysis of the license vehicle authority total 45,502 hybrid and plug in charge cars sold in UK, excluding buses and Vans.

Approximately 1.8 percent of increase in electric cars in UK from the previous year, however in the line of normal gasoline cars, Ford Fiesta, Focus, Corsa and Golf are the top selling cars in United Kingdom.

Best 2018 electric cars in UK will be based on previous trend and upcoming new models.

Available in two variants, hybrid and plug in battery, 22,479 total number of units sold with the percentage of 41 percent in the UK until September and probably the trend remain the same. Therefore Mitsubishi outlander can consider among one of the best 2018 electric cars in UK. 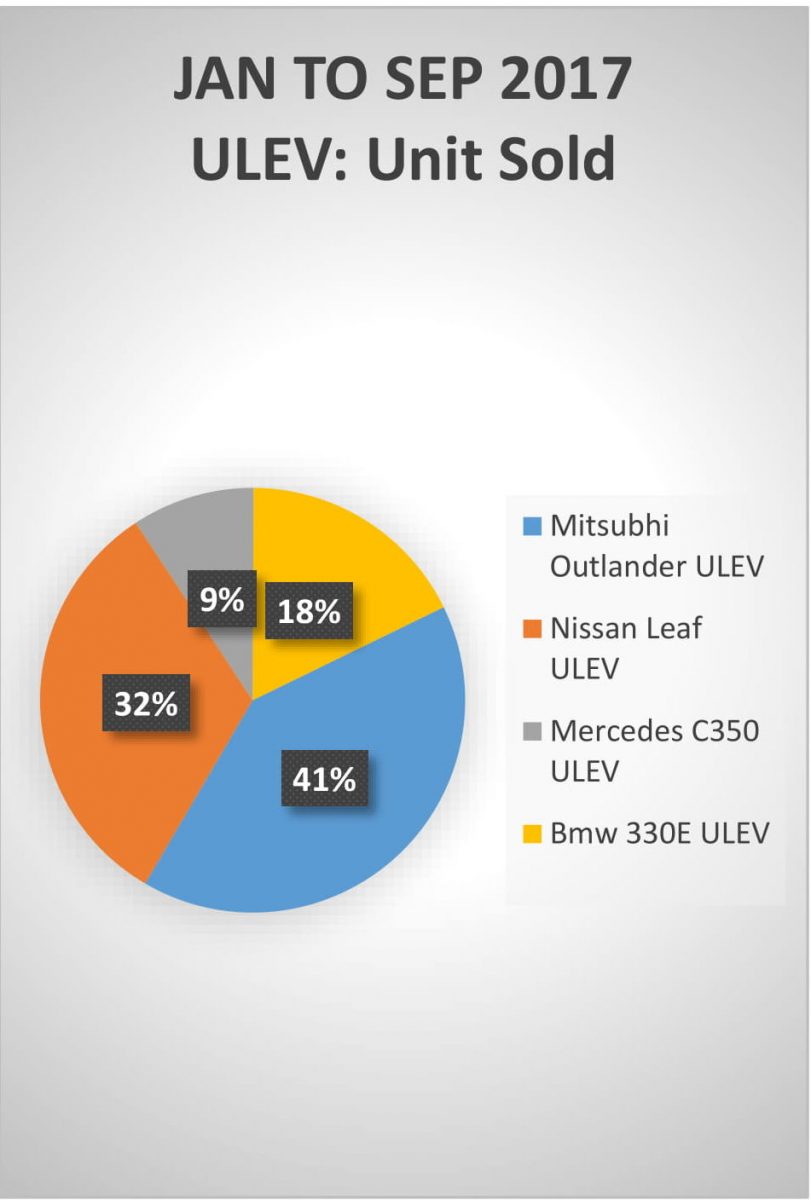 Nissan Leaf comes on to the 2nd spot by selling 17,859 units with the percentage of 32 percent, there is a highly likely that the Nissan could overtake outlander by the new version of Nissan leaf.

NEW Nissan Leaf 2018 comes with more power to travel more than 170 miles  of distance with one time charge. Nissan can cost less than outlander but capacity for 4 persons, the car has advance intelligent smart system to enhance the efficiency of the vehicle, roof glass, and stylish design with many more.

Mercedes C350 available in hybrid version, Comes on to the 4th  position even though it cost more than 42,000 pounds, a good luxury car with hybrid technology is more than enough bait for the love class Mercedes community to buy this variant.

VW Golf GTE and Hyundai Ioniq delivered the highest volume of registrations with more than 8,000 arriving on U.K. roads, up to three-quarter of 2017.