Skip to content
Home
Auto Repair
How Much Rhodium is In a Catalytic Converter?

What Kinds Of Precious Metals Are Found In Catalytic Converters, And Why Are They There?

Precious metals are frequently used as catalysts because they may accelerate chemical processes while staying chemically stable. Platinum, palladium, and rhodium are the three most frequent precious metals used in catalytic converters.

What Exactly Is Rhodium?

Rhodium (Rh) is a chemical element with the atomic number 45 and an atomic weight (average mass of an atom) of 102.90550. It is one of six platinum group metals (PGM), along with ruthenium, palladium, osmium, iridium, and platinum. William Hyde Wollaston discovered the metal in 1803 and called it for the hue of one of its chlorine derivatives.

Rhodium is a silver-white metallic element that is highly reflective, long-lasting, and corrosion-resistant. It has a greater melting point and lower density than platinum, and under typical conditions, including heat, it does not produce oxide. Rhodium is almost never used alone and is nearly always combined with other metallic components.

What Exactly Is A Catalytic Converter?

Catalytic converters are meant to purify vehicle emissions by initiating a redox process that converts hazardous toxins and pollutants into less-toxic pollutants. Nitrogen oxide in the exhaust gas is reduced when rhodium is combined with palladium and/or platinum. Rhodium is the most successful of the three precious metals for removing nitrogen oxides from the exhaust, with excellent effectiveness at also removing hydrocarbons and carbon monoxide. The typical lifespan of a catalytic converter is 200,000 miles.

How Much Rhodium Is In A Catalytic Converter In Grams?

On average, the amount of PGMs in grams found in a catalytic converter:

You might be asking how much rhodium is in those PGMs. The quantity of rhodium in a catalytic converter is typically 1-2 grams, whereas the amount of platinum goes from 3 to 7 grams and the amount of palladium ranges from 2 to 7 grams.

What Is The Value Of Rhodium Per Gram Or Per Ounce?

As of 2022, the value of rhodium per gram is around $544.12, or almost $16,000 per ounce. As a result, it is one of the most costly precious metals. The high price is owing to its scarcity and one-of-a-kind features. Rhodium is a corrosion-resistant metal with a very high melting point.

Rhodium’s high price is also owing to its scarcity. This metal is exclusively produced in a few mines, most of which are in South Africa. This indicates that supply is extremely limited, and prices are expected to climb more in the future.

Which Catalytic Converters Have The Highest Rhodium Material?

What Vehicles Have The Most Expensive Catalytic Converters?

This may not come as a surprise, the most expensive catalytic converters are often found in higher-end vehicles.

Vehicles with expensive catalytic converters include:

Most of these vehicles have massive engines, which require extra catalytic converters making the value double.

Is It Possible to Recover the Value of an Old Catalytic Converter?

Another reason people discard catalytic converters is the ease with which valuable metals may be extracted. You can do it yourself if you have some basic tools and ingredients. This makes it an excellent alternative for anyone looking to supplement their income.

So, if you have an old catalytic converter lying around, don’t toss it! You could be standing in a gold mine. Get rid of it and appreciate the benefits!

How to Get Rhodium Out Of a Catalytic Converter?

If you have a used cat converter and are asking how to obtain rhodium out of a catalytic converter, proceed with caution.

After that, go beneath your vehicle, undo the cat converter bolts, and remove it. A flame cutter can also be used to detach the cat from the location where it is installed under the car.

After that, at atmospheric pressure, stir the reactant mixture at 700 rpm. The leachate is then collected using a pipet at regular intervals and filtered to get rhodium.

Please keep in mind that this is a job for professionals. As a result, contact a local scrap metal yard to assist in recovering the rhodium from your old catalytic converter.

Rhodium is a valuable chemical element that aids in the removal of pollutants from automotive exhaust. Its demand and worth are growing as pollution limitations tighten and become more stringent. While rhodium is incredibly effective, its high price and rarity have contributed to undesirable conditions such as catalytic converter theft.

What holds the most rhodium?

The Ural Mountain in South Africa, Russia, and Canada has the highest concentration of rhodium in the world. South Africa, in particular, is the world’s leading producer of rhodium, accounting for around 81% of worldwide exports as of 2020.

How much does a gram of rhodium cost?

As of August 2022, a gram of rhodium costs roughly $544.48. Rhodium and other precious metals’ values are likely to fluctuate owing to price volatility in the metal exchange market. In any event, high-level variations outnumber low-level oscillations in the metals. 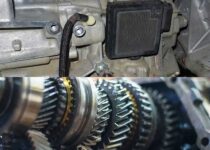